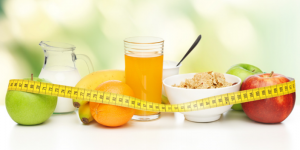 I wanted to cover a highly misleading concept today about the “importance” of eating breakfast for weight-loss and health. Why do we believe this as “fact”? We have to stop going with the flow of the masses and remember that “a million wrong people are STILL wrong!” Try and do some thinking for yourselves by reading and analyzing credible information. The moment someone reads that something has been scientifically supported through research they blindly follow without understanding anything ABOUT the research. As a scientist myself I personally understand just how much misconception there can be around it all.

As I am an avid supporter of Precision Nutrition I did not want to reword their article and thought I would just cut and paste the basics. The full article can be read at http://www.precisionnutrition.com/skipping-breakfast-and-obesity.

Here is a snippet….

The importance of a “healthy breakfast” is nutritional gospel. Everyone from your grandma, to your personal trainer, to your favorite fitness magazine “knows” a morning meal will help you lose weight and stay lean. But is “what everyone knows” actually true?

Sure, most research on breakfast and body comp shows that breakfast eaters tend to be leaner than non-breakfast-eaters. Unfortunately, a lot of scientific research doesn’t quite “prove” what people think it does.

Yes, science is our main pathway to genuine discovery. But it’s also a human endeavor, and fallible. That’s right, despite their expertise, scientists are people too. As such, they (and their research) can be influenced by many factors, including:

Yep, even though we like to think of the scientific process as distant from the petty inter-social nonsense of daily life, it’s not. In fact, it can sometimes resemble a soap opera. That’s why, when it comes to interpreting the results of their own studies, or other peoples, scientists might mess up.

Their needs and their beliefs can distort the way they see the evidence, and what they make of it. This can lead to biased reporting and faulty recommendations. An even bigger problem? This can lead to wide-spread mistaken beliefs among non-scientist people. But is this a rare occurrence? Not really. It happens more often than you think. Take, for example, breakfast. While study after study may appear to support the idea that breakfast is the most important meal of the day, it turns out there has never been a properly randomized (causal) study that “proves” the positive effects of breakfast!

Generally, scientists are just as prone to error as anybody else! We see it time and time again. Small biases, and tiny language differences, cause a whisper-down-the-lane effect. And “truths” are accepted that were never true in the first place. Specifically, there’s very little evidence to suggest that skipping breakfast will cause you to get fat. Sure, we can establish a correlation between skipping breakfast and being overweight. But many factors — from genetics, to a general lack of interest in health — could explain this relationship. We just don’t know that one causes the other.

For those of you looking to lose or control your weight…should you eat a big breakfast or not? Well, here are some guidelines.

First, remember that you’re unique. We don’t know all the relevant factors yet. You may be someone who thrives on breakfast. Or you may not.

Observe your own body’s cues. Experiment on yourself. Does eating breakfast make you feel better and more in control of the rest of your day’s consumption? Or does it make you weirdly ravenous later on? When it comes to making decisions, your body’s actual response is the only evidence that counts.

Try different breakfast types. What happens if you exchange one food source (say, processed carbs) for another (say, lean protein)? How do you feel? How does your body react?

Whatever you eat, whenever you eat, stick with your fundamental healthy habits. Eat slowly, watch your portion size, avoid distractions, and pay attention to how you feel. And, of course, try not to get carried away by rumors. Even if they seemed backed by scientists. Because those same scientists may be struggling even more than you are.