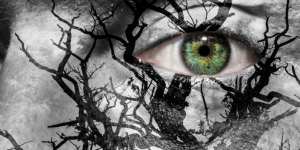 There are many myths surrounding health, nutrition, and fitness as most of us know, but there are none quite as big as the one on cholesterol! A little while back I came across a three-part Catalyst documentary on the ABC – it covered the truth on sugar, cholesterol, and statin drugs. It was hugely controversial and the ABC were even forced to remove these videos from their website. The other day I again saw a TV interview with two of the men on the afore-mentioned documentary who have since published a book called “The Great Cholesterol Myth”. The authors are Dr Stephen Sinatra MD who has been a cardiologist for most of his long life, and Dr Johnny Bowden PhD who is a well-respected nutritionist. What they have to say is important to help us at the very least question our beliefs and hopefully nudge us into some further investigation for ourselves.

As a society we largely believe information that is regurgitated without even looking into the facts. What I am encouraging is to at least make your opinions educated ones. It takes a long time to change perceptions, but remember we all used to believe the world was flat! We believed the myth that cholesterol caused heart disease as fact. We were taught this based on research done in the 1960’s and 70’s which has since been shown to be extremely faulty. That sort of research wouldn’t even get published if done today.

Most well-meaning doctors don’t have time to actually read the details of the research and in that research it shows pretty clearly that cholesterol doesn’t really lead to heart disease. It’s a bad predictor.

Here is some information that you may not have been aware of.

Cholesterol is an essential component for health. Here are some of its important protective uses:

Framingham studies have shown that increased cholesterol over the age of 40 correlates to increased lifespan. (The Framingham Heart Study is a long-term, ongoing cardiovascular study on residents of the town of Framingham, Massachusetts. The study began in 1948 with 5,209 adult subjects from Framingham, and is now on its third generation of participants. It is the longest running study on heart disease).

The root cause of heart disease is inflammation, and inflammation causes the plaque that leads to heart problems. So what causes inflammation? Being overweight, what we put into our body, and SUGAR! Sugar is the villain. Sugar in your blood causes oxidative stress and plaque and you get an enormous insulin response.

Ok so what about stain drugs to reduce your cholesterol? Well they DO reduce cholesterol. But remember cholesterol isn’t the problem. By reducing it in your body you are also reducing the protective properties that cholesterol is responsible for. Plus statins have huge side effects. For the general population, for women and children, statins tend NOT to be useful. They do seem to work well with ONE population however….middle aged men with coronary disease, primarily with reduced HDL’s. Statin drugs have been shown to predispose women to diabetes and have also been linked to cancer. It has been linked to coronary calcification, memory loss, sexual dysfunction, muscle pain, and liver problems. In children statins can interfere with development….especially cognitive! Statin drugs are amazing at making pharmaceutical companies VERY rich by using their scare tactics on uneducated people.

The best things to do to reduce the risk of heart disease and to keep the heart healthy are:

Keeping the heart healthy is NOT the same as lowering cholesterol!

For 99% of the population cholesterol in the diet has virtually NO effect on anything of importance! Can you hear the eggs screaming out in victory? 🙂

As far as tests are concerned, the number one medical test that could predict your risk of heart disease is the “Particle Size Test”. This test measures specifics about the bad cholesterol in your body. It measures LDL (low density lipoprotein) but not all LDL is as harmful as commonly believed. The small LDL’s are the ones that tend to attach themselves to artery walls (they are oxidized LDL’s). The large ones are not the monsters they are labelled. The small LDL’s get into the nooks and crannies of the arteries and when they bore in they explode, This causes inflammation and contributes fundamentally to the plaques and to the risk of a heart attack.

So if you are someone who likes to think for themselves, I ask you to do some further research and actually investigate the findings. Don’t just been sheep who follow the others in front who have no idea where they are going. Remember….a million wrong people are still wrong.