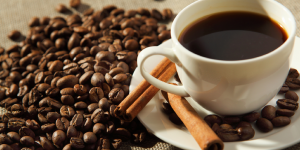 Which diet is best? 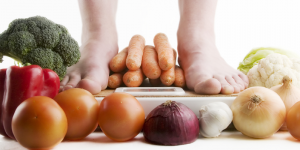 Everywhere you turn there is some “expert” promoting another magical diet that will help shed the excess kilos lightning fast, or else they are raving about a miracle super food that can cure any disease known to man! When we are desperate to achieve our goals it is easy to be hypnotized by these marketing magicians and their fantastic claims. So….which diet IS best?

There are countless diets all purporting to be the “best”. Paleo, Atkins, Vegetarian, Vegan, 5:2……….. How do we mere mortals know which one to choose? The promoters use scientific terms and claim that “research has proven………” whilst further supporting their recommendations with numerous testimonials of people who have tried their method and loved the results! Before and after shots are used to lure us in because if others have done it…then so can we! But it’s really not rocket science. The basics are quite simple. When someone puts in less calories than the body uses, the net result is usually weight loss! If you add resistance training to the equation then the body will reshape and the results can be amazing. Individual results are varied due to a wide variety of factors including genetics, hormones, sex, age, health, and physical activity.

If we look back in history we will see that tribes around the world have all flourished on very different diets. Inuits have a base diet of fish, and jungle tribes have a base diet of plants. Some have high fat diets whilst others have low. Some higher in carbs, some higher in protein. To think that there is only ONE right diet for every person on the planet or there is ONE magical super food that will cure all our health problems is just ludicrous! The one thing they all have in common is their diets are “natural” and free of processing and high concentrated sugars. I am a nutritional “atheist” and I believe that the diet best for YOU is the diet that WORKS for you. We have to be our own guinea pigs and experiment with different foods to see the ones that work for us. Variety IS important with food to ensure we get a good range of not only macro but micro nutrients as well (vitamins and minerals). How often we eat should be determined by our bodies and activities and not on misinterpreted scientific data.

It is important to note however that whatever you DO decide to do with your eating, gradual alterations are best for making lifetime behaviour changes. The way you eat (i.e. your diet) shouldn’t have an end date. It should be something you attempt to achieve every day for the rest of your life. Stop making it more complicated than it has to be.