Is sitting REALLY the New Smoking? 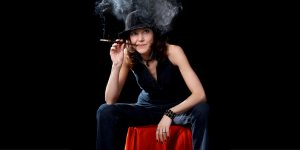 In this current day we are spending far too much of our lives being sedentary. Sedentary behaviour is described as a distinct class of behaviours (e.g., sitting, watching TV, driving) characterised by little physical movement and low energy expenditure. But is sitting REALLY the new smoking? Around 15 studies looking at the relationship between sitting and all-cause mortality indicate people who had the highest levels of sitting (around 8-9 hours/day) had ~20% increased risk of premature death compared to those people who sat the least. For smoking, however, smokers had around a 200% increased risk of premature mortality compared to non-smokers, and this risk increased to 400% for those who had the highest rate of smoking! As you can plainly see, the difference between smoking rate and mortality risk is MUCH higher than those who are sedentary. This is not to say that sedentary behaviour is not concerning to health. Risks are said to include:

Being seated for long periods of time also increases pressure on your lumbar spinal discs which can increase the chance of disc bulges and herniations.  This position also tightens up your hip flexor muscles and contribute to an anterior pelvic tilt that will lead to lower back pain. So try and break up long periods of sitting, and get up from your seat more often throughout the day. Stand up whilst taking phone calls, do calf raises whilst seated, take exercise breaks every hour where you get up and walk around. Think of creative ways to get up and about. Lots of little behavioural changes can contribute greatly to improving your health and reducing morbidity and mortality.